Info
Welcome to the Dreadlock Pussy Homepage
1997 - 2006
May 24th 2019
Pat, Punto, Twix and J did an interview with Dagblad De Limburger on their experience playing the Pinkpop Festival. Read the article online at De Limburger (in Dutch): www.limburger.nl/ 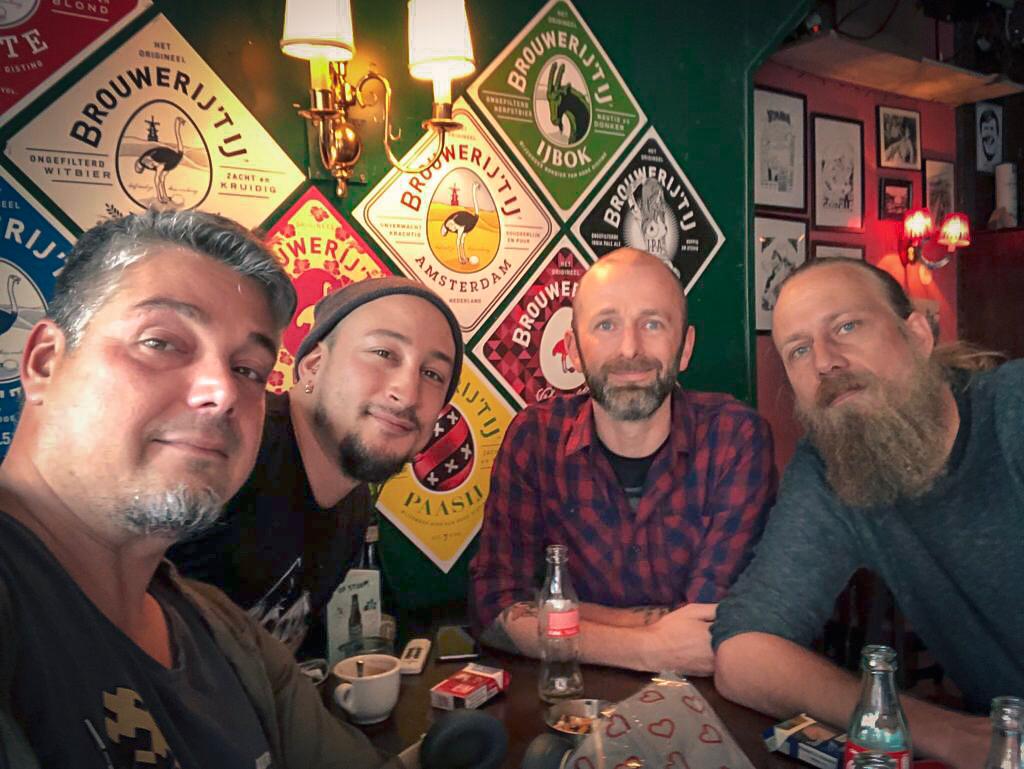 November 1st 2018
Have a listen to these new bands by former dp-members, both bands released a new album:

August 15th 2013
The re-release of the 1998 demo-tape 'La Migra' is available for stream and download on all platforms. Check out the links at the RVPrecords website: www.rvprecords.com

November 8th 2011
A music player has been added to the audio section.

May 28th 2011
It's been five years to the day that we played our last show in Eindhoven (Effenaar - NL). See the Shows section for more info.

January 1st 2011
The domain www.dreadlockpussy.nl has been reactivated

December 10th 2010
The album 'Sharp Instead' is available in iTunes: download link

December 4th 2010
The schedule of the digital releases in iTunes:

November 28th 2010
All albums will be released iTunes one at a time, starting with 'Sharp Instead' december 10th.

Ocotber 28th 2010
All Dreadlock Pussy albums released on Seamiew Records will be available for download at iTunes, Spotify and the rest of the 'usual suspects' this Christmas. More info and links will follow by that time.

October 2nd 2009
The first draft of the Dreadlock Pussy iPhone app has been submitted to Apple for review.

August 19th 2009
The start of developing an Apple iPhone application has been made (see previews and screenshots here). Be sure to check back regularly for updates.

Also the label manager is working on getting all the Dreadlock Pussy albums in the iTunes store for download. Be patient, but until then you can already download 'Palm Bridge Rd.'.

May 31st 2009
The page with all the shows is updated with links to some venues, festivals and support acts.

May 2nd 2009
You can find Dreadlock Pussy on Twitter: @dreadlockpussy

April 18th 2009
The website is finished with as much information I could gather.

A guestbook (externally hosted) was added to leave a message.

January 15th 2009
The site nears completion; A list of all the previous shows was added. I still need some input for the member-pages and the video-section.


January 4th 2009
The idea for this site, being a Dreadlock Pussy-archive, was born.